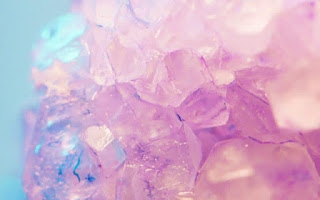 ‘Words can be sharper than a knife’ - Unknown

I like to think that i’m very patient and rarely outspoken. Which I also believe are a few of my admirable traits ;). I never used to be like that and I would jump the gun at things that should have been handled with a little more thought. Plus the way my karma is set up, it comes straight back on me. Probably because it’s not in my character to be a dickhead lol. *Side note this blog made Alesha Dixon’s - Breathe Slow stick in my head all day because of the way she sings the word composure in it*.

Lately the way I try to think now is a little deeper. I try to think about the reaction of what my haste could cause. 9 times out of 10 when I try to think quickly I end up saying things I regret. Now I know that if I think things I tend not to regret because I have taken myself outside the picture and looked at situations objectively rather than subjectively.

People will rattle your feathers. Trust me. I believe I’ve developed this way of thinking because of my job. I can’t just react when people are shouting at me for things which I see being so trivial. Wait, don’t get me wrong I’ve called several peoples knobs in my head very loudly without thinking lol.
Staying composed when people are uneducated is honestly the biggest win in difficult situations. Education is key and I’m not meaning this from an academic perspective but on a people perspective. People will only show you what they want you to see. So be careful when they come at you.

I watched an interview with Van Jones and Jay -Z and honestly I could watch Mr Carters interviews all day long. The interview is maybe a year or two old but it’s everything!  Not only am I obsessed with his wife but i’m obsessed with how he thinks and how he is able to articulate himself around questions about his life, which we all know he is so private about.
He just about gives you enough to understand he is human. Not only that but in the interview he spoke about being conversational with our children to educate them on people and their own minds. He mentioned mental health and being an advocate that children should have tools of therapy within schools which I completely agree with. Mental health is a language which not all people are able to understand so imagine children going through things which they are unable to really talk about. Imagine that. I honestly believe we need to encourage healthy minds as well as bodies as soon as children can speak. I think they are smarter and feel more than we realise.

You are probably thinking. Where am I going with this but its really about being careful what we say and who we say it to because we only see what people want to show us.
Mental health is real and needs to be spoken about. Don’t laugh or brush it off. It is real and doesn’t discriminate. It can happen to absolutely anyone and will effect their families.

So next time u want to hit back at someone for saying something dumb. Realise that they may be going though something and they think you can see their hurt and they use their behaviour as a barrier of protection to whatever they are dealing with.

Popular posts from this blog

December 15, 2019
missltj_ Bonjour amies sœurs You may be wondering ‘why the french hun’, well its because my sis speaks french and its probably the only words I know from GCSE french and she hasn’t taught me much lol.  Now I am soooooo freaking excited about this. My bestie has come through for an exclusive on my blog. Eeeek! You will love reading what she has to say because she is wise beyond her years. As a sister, I respect the way she politely checks me when I attempt to come to her with my unreasonable foolishness (I say this begrudgingly *CoversFace*). Out of all of my interviewee recordings Tita's was the longest, she talkkkkkkks this will be a long read kids lol.  Lets get into it... So Tita tell us about you... So im Tita, I'm 26 and from Burundi, Africa. I was raised in both Burundi and Belgium and currently live in Belgium. Yeah Belgium and Burundi Stand UP! lol. I was raised by a single mom, a very loving hard working single mom and I am her only child. I also have
Post a Comment
Read more

November 20, 2019
The Mighty Women of Wakanda /ˈfɪəlɪs/ Adjective;  Showing a lack of fear. You may be wondering why I’ve chosen this picture so let me explain. These women scream fearless to me. They stood and faught for their King and didn’t really know the extent of the battle they were facing but did it anyway for the greater good. Kind of like me this week minus the physical aspect.  This is one word I truly battle with.  Growing up I was taught to fear nothing but God and then came a spider in the bath, sharks, swimming in deep water where I cant see my feet. These are my three of my biggest fears and public speaking being my fourth. So what did I have to face on Tuesday? PUBLIC SPEAKING!!!!  My public speaking fear stems from a summer club we used to attend as kids at my nan’s church. I was maybe 7/8 years old. We all had to stand and read a passage from what I think was the bible. I cant really remember. I just remember practicing loads and then when I g
2 comments
Read more

February 04, 2020
Flowers bloom when they have everything they need... Don’t Force It! Three very important words. More important than the infamous ILY words. Ha! Yeah you thought this was those words didnt you. Nah. Not this blog ;) So why a blog about these words. Ive realised that good things truly come to those who wait. I’ve realised that as time goes by i’m not as patient as I use to be. Sometimes its good and at others its like sh!t Chess your impatience is going to get you into shit. Like for example; For the drivers out there, have you ever driven fast or cut someone up for no reason and then there you both are at the same traffic lights together. Lol. It’s just unnecessary you’ve not gained anything for that dumb decision. Yh this is the dumbness I do. Sometimes! Like chill.  In 2020 I need to have faith in Gods timing. Wow. Thinking about it actually makes me cringe. Sorry this is my anxiety kicking in. Why have I lost that patience. Oh wait I know. The fact that 30 is cree
Post a Comment
Read more