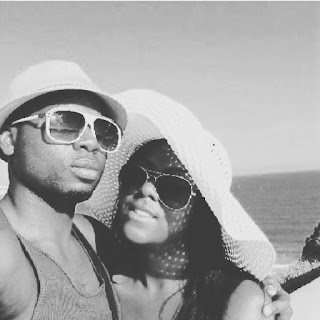 /ˈsakrɪfʌɪs/
Verb;
To give up (something valued) for the sake of other considerations.


Ok this is scary. Sharing with you a page out of my book. But hey. Lets get it done!
How far are we as women really willing to go for our other half’s? With all the influence we have from friends and family i feel like this question is so important for me.

Being as we are in the midst of our woman to woman blog i think its only right that i share a snipet of my story.

Most of you may know I’ve been in a relationship with my absolute dream of a boyfriend/husband for 10 years this January. I know. Crazy right. How have we put up with each other for so long.
God? For sure!
We met through mutual friends. Shout out to Cordehlia and Mainey two of my longest reigning friendships. We met back in school  and there was a few hick ups along the way as you can imagine, to get us even official. All I’m going to say is the McDonalds incident and they will know what I’m talking about. This moment to this day still makes me cringe lol. Thankfully this moment was probably the only or one of the few cringe moments I’ve experienced in this relationship.

The first hurdle which I didn’t realise we had to cross was religion. He was born Muslim from his Nigerian background and myself deh yah Aha. Just kidding Christian from a Jamaican background. At first this really wasn’t an issue because first of all who knew there were black Muslims in life (no offence) but this was my lack in education of course. I really don’t remember telling my family and to be honest when they found out I don’t remember their reaction so it must not well it is not an issue. It probably could have been if my granddad aka my Dad would have been alive. At the end of the day he’s a gooden and thats all that matters. For this I was not willing to make a sacrifice as for me this is a minor condition which we can learn to deal with or move past which is what we have decided to do collectivey.
Our second hurdle was the long distance relationship. No guys he didn’t get deported back to Nigeria Lol he went to Malta for 18 months to play football. Why lord why!!!! It was difficult because one he never really likes talking on the phone (bruh wtf) and second he just wasn’t here. Yes he came back and fourth and so did I but it was difficult. Him following his career was a huge sacrifice for us which I  had to let him make and to be honest it really did make us stronger as a couple. Although, career wise that sacrifice didn’t work out the best it opened many other doors for him and us as in me and his besties #NeoSuperwater #ComingSoon. When I look back I get that nervous feeling in my stomach, I dont even know why. Maybe its the doubt of other women. Yh I had that worry. I’m Human ok! I’m glad I believed in him and supporting him because now I see what he went through. The brother moved from Naija alone and then had to do it all again. I had to be his idea of settlement and security. I had to be the strong one. Even if the strong one was really him. I had to sacrifice my feelings to make sure he felt like he had something waiting for him and looking out for him.Let me tell u now. He is so stubborn but i’m worse! Remember I mentioned he didnt like talking on the phone. Yh. I ended a few phone calls because of it lol. He would win me over with the “I love you” text and i'd melt every time! This was part of me learning who he was. Thankfully this does not bother me anymore and now i’ve some how contracted a little but of this trait lol. After 10 years you can just see the fruits of your sacrifice some of which was being his support whilst he followed his dreams, starting his businesses. Much of which I kept quiet even to my closest. I made sure I handled everything to make sure he was good. I dont regret any of it. Not only did it make us stronger. It made me stronger.
They say in a relationship two people cant drive. Ok calm down guys. Im all for women empowerment but youve got to be able to pick each other up when they are down. We have mastered this. But its true. There have been times where I’ll be like I cant do it anymore babe (usually work related) and he will be like “chess shut up man”. He would always encourage me and show me the great in me. How powerful. Like how powerful is it to have your boyfriend encouraging in this way. Honestly he builds me up. When everyone asks me why im always so happy. Maybe because I go to sleep next to and wake up next to him. My cheerleader in every sense of the word. Trust me hes had those days too and Honestly I dont know how to handle sadness. I just awkwardly laugh lol. Ill be like bruh your from Naija. This is the land of milk and honey you should be parte after parte every day. Lol. Joking. I show him how amazing he is. Trust me. Have one hour with him and you will see his passion in what he does. Praise God! He is honestly my rock and I would do anything for him. My one true love and best friend.
For now and forever.
Ummm... maybe I should get one of the girls to interview me for woman to woman...

Popular posts from this blog

December 15, 2019
missltj_ Bonjour amies sœurs You may be wondering ‘why the french hun’, well its because my sis speaks french and its probably the only words I know from GCSE french and she hasn’t taught me much lol.  Now I am soooooo freaking excited about this. My bestie has come through for an exclusive on my blog. Eeeek! You will love reading what she has to say because she is wise beyond her years. As a sister, I respect the way she politely checks me when I attempt to come to her with my unreasonable foolishness (I say this begrudgingly *CoversFace*). Out of all of my interviewee recordings Tita's was the longest, she talkkkkkkks this will be a long read kids lol.  Lets get into it... So Tita tell us about you... So im Tita, I'm 26 and from Burundi, Africa. I was raised in both Burundi and Belgium and currently live in Belgium. Yeah Belgium and Burundi Stand UP! lol. I was raised by a single mom, a very loving hard working single mom and I am her only child. I also have
Post a Comment
Read more

November 20, 2019
The Mighty Women of Wakanda /ˈfɪəlɪs/ Adjective;  Showing a lack of fear. You may be wondering why I’ve chosen this picture so let me explain. These women scream fearless to me. They stood and faught for their King and didn’t really know the extent of the battle they were facing but did it anyway for the greater good. Kind of like me this week minus the physical aspect.  This is one word I truly battle with.  Growing up I was taught to fear nothing but God and then came a spider in the bath, sharks, swimming in deep water where I cant see my feet. These are my three of my biggest fears and public speaking being my fourth. So what did I have to face on Tuesday? PUBLIC SPEAKING!!!!  My public speaking fear stems from a summer club we used to attend as kids at my nan’s church. I was maybe 7/8 years old. We all had to stand and read a passage from what I think was the bible. I cant really remember. I just remember practicing loads and then when I g
2 comments
Read more

November 14, 2019
Dedicated to my Nan, Mum and Aunties  ‘ Always sisters, always friends Let's stay real close till the end Forgiving each other, letting love cover Always sisters, always friends ’  Cece Winans Growing up in a family which was heaviliy female dominated, I couldnt help but be in awe of the strength of a woman. Especially the matriach of the family, my Nan. How can a woman raise to 6 children plus look after a Husband and several hundred grandkids, (ok im exaggerating, there was 11 of us as grandchildren) just never really complain. Imagine being left with 10 unruly kids every damn day. Yes I was the only angel. Sorry I’ve just got a headache at the thought, and this is no joke for those that know me, Its like 11 me’s. How? Yh ill let you nervously giggle now. How can you perfectly juggle all that life throws at you without a single breakdown. Ok she forgot our names on most occaisons and literally call everyones names out until she gets to your name and then may
Post a Comment
Read more